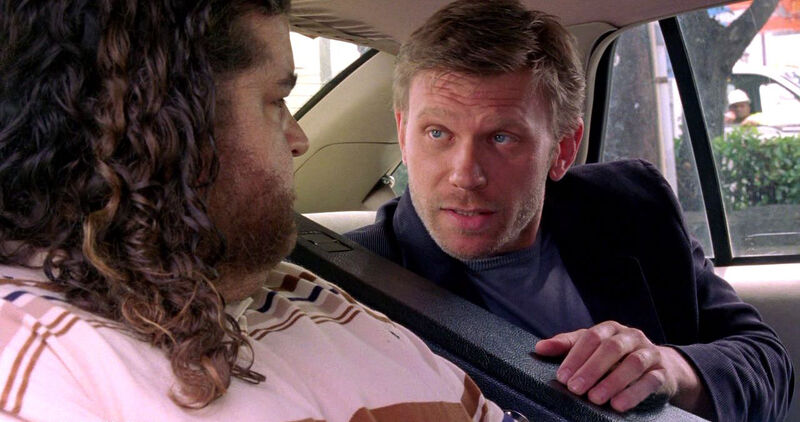 • At the end of “Lost” last night when they said, “Only nine more episodes left until the finale,” Brooke said, “Only?” sarcastically, and I said, “Only?” earnestly. It seems like there’s still a lot of ground to cover in 11 hours if they want to wrap everything up in a satisfying manner. By which I mean not telling us every little bit of minutiae regarding what happened, but to answer the questions that they at least made us think were important, like why the island can time travel, what the Dharma Initiative were doing there, etc. It seems like they’re moving toward a grand unification theory involving (SPOILER) the Oceanic castaways (and most everyone else on the island) as “Candidates” for taking over Jascob’s job of protecting the island, which doesn’t necessarily address all these other issues…yet. At least last night we got a subtle answer to a riddle from last season – why did Ben stop Locke from killing himself, then kill him? Turns out candidates can’t bring about their own demise…but they can be murdered. The larger issue this season, though, is that they have yet to explain the relation the flash-sideways have to the main plot (or if, indeed, they are now the main plot). Everyone certainly has their theories as to how they relate, and as we see two episodes in a row now where Sayid and Ben live an existence where they get to be close to dead people they love without actually getting to be with them, it’s certainly becoming clearer. But until the show explicitly says “These are real, the stakes in them are as high or higher than the stakes on the island,” they’re inevitably going to feel like extended fantasy sequences, and they’re not going to carry the weight that the action on the island carries. For more spirited discussion of Lost, be sure to check out Sean T. Collins’ weekly wrap-up session, and the comments thread there.